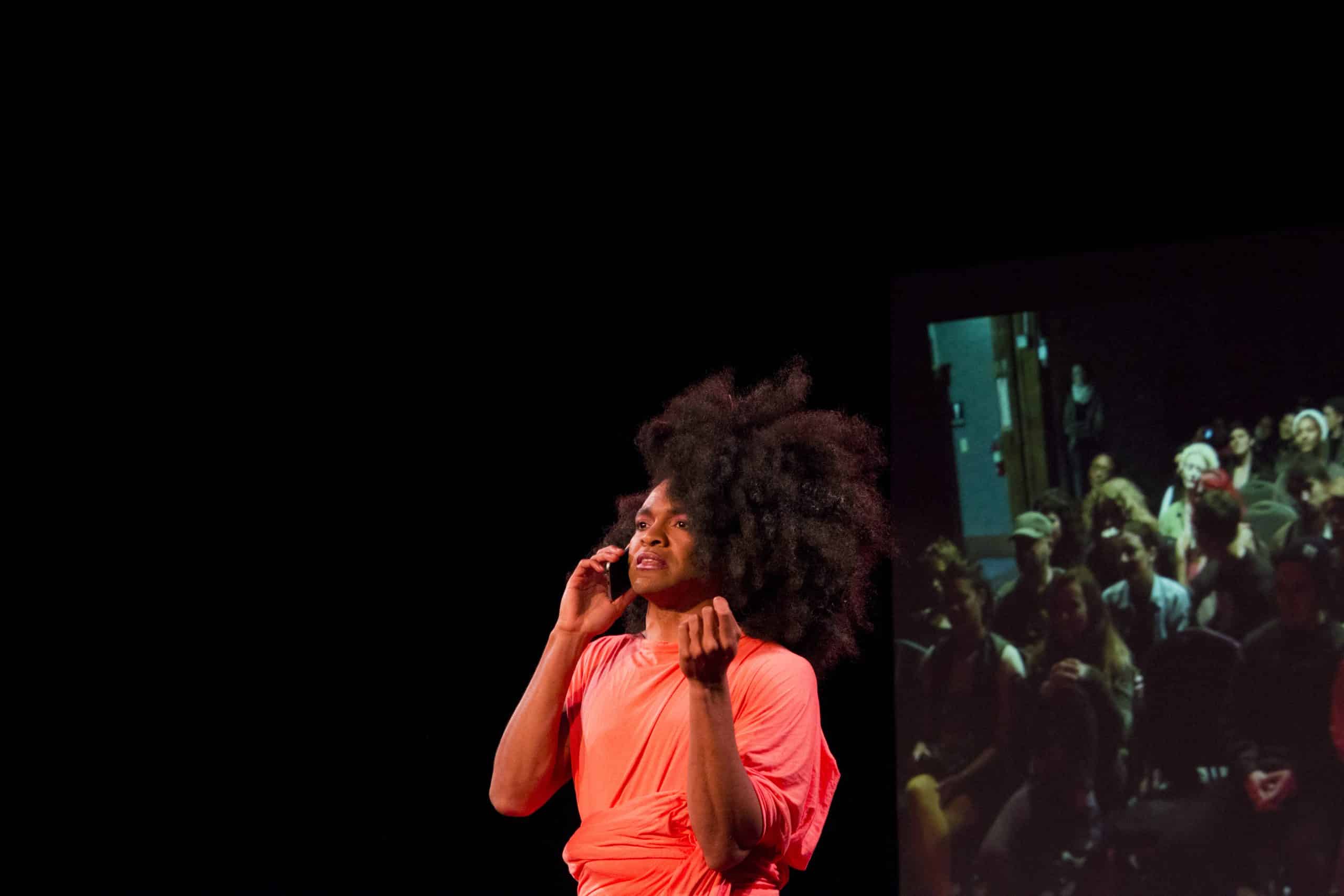 On the first Tuesday of each month The News, presented by SOMArts Cultural Center, features new, queer work by Bay Area artists. The News is a monthly cabaret evening that spotlights 10-minute or less performance pieces, experiments, and works in progress by pre-selected solo artists, groups, or troupes.

On Tuesday, May 3, The News will feature an evening of “wild cards” – performers who we have wanted to share the stage with but haven’t had a chance…until now! In addition to artists selected by a guest curator, a “wild card” performer appears in each line-up at The News. “Wild cards” are artists who may not have been selected by the guest curators, but join in the evening to share new work. We’re excited to present an evening composed entirely of “wild card” performers at The News in May!

Admission is FREE! SOMArts is offering free admission in hopes that if you can afford to donate, you will support the artists onstage when the hat passes.

The alliterative taglines of Brown Meshugana:

The Chocolate Chosen One.
The Half Black Heeb.
The Sapphic Semitic, Sepia Sista.
The Mildly Melanated Misfit Mensch.
All attempts to describe a being who uses boisterous bouncing of a bountiful booty as a greeting, entertainment, and, most importantly, a distraction.

Gabriel Christian (t(he)y;(t)him) is an unholy performer, poet, and archivist from NYC who currently lives and works in the East Bay. Apart from four regional and Off-Broadway productions, he has supported and performed in works from WePlayers (2015), artist Tamar Ettun’s The Moving Company (2014) and The Workcenter of Jerzy Grotowski and Thomas Richards (2013-2014). As of 2015, they have primarily served as their femme ego-companion Derrierykah Badu (IG: derrierykah.badu) at The Stud and Aunt Charlie’s in San Francisco, CA, as well as having exhibited in the collaborative show “Property Laws” at Madame of the Arts in Minneapolis, MN. Most recently, they were one of the nine flagship queer performance artists in residence at the Destiny Arts Center. Their upcoming appearances include a staged revisualization of Anne Carson’s Autobiography of Red, Conjuring Roots at Flight Deck on June 30th as part of the National Queer Arts Festival, and citywide as Eartha Kunt.

Eshe Shukura is a graduate of Hampshire College, where they focused in Theater. They co-directed and starred in their original play, “Fat. Black. & Ugly.” which won the James Baldwin playwright award at the Five College Word Festival in Amherst, MA. Eshe uses movement and the jazz aesthetic/ fragmented language in their work. New to performance art, they use their theater background to structure their voice and performance style.

SPELLLING (Chrystia Cabral) is an artist, composer, teacher, queer who has been residing and creating in the Bay Area for the past 6 years. She works as an educator for Oakland Unified, teaching music, technology, and gardening to K-5th grade youth. She plans to continue her journey as an artist/educator/performer and explore the power of communal performance as a tool for re-education. SPELLLING is a newly birthed entity/identity. SPELLLING is a sonic ritual honoring itself as the object of faith. SPELLLING creates musical loops of synergies within real and imagined space using sound, repetition, material and body.

Yula Paluy has lived and worked in the Bay Area as a researcher, writer, and performer for the past 15 years. Trained in theater and filmmaking in Israel, and in Euro-Japanese clowning in San Francisco, she has performed original material in a style that merges spoken word and embodied performance. In addition to staging her new play, Nothing is Sacred?, she is currently translating Kay Ryan’s poetry and writing a nonfiction book on unorthodox communities of healing in the Bay Area. Previously, Yula researched embodied metaphors and the humanizing effects of humor as a graduate student at Stanford University, and taught psychology and research methods at Stanford and San Quentin State Prison.

Image credit: The News: May 2016. Photo by Chani Bockwinkel