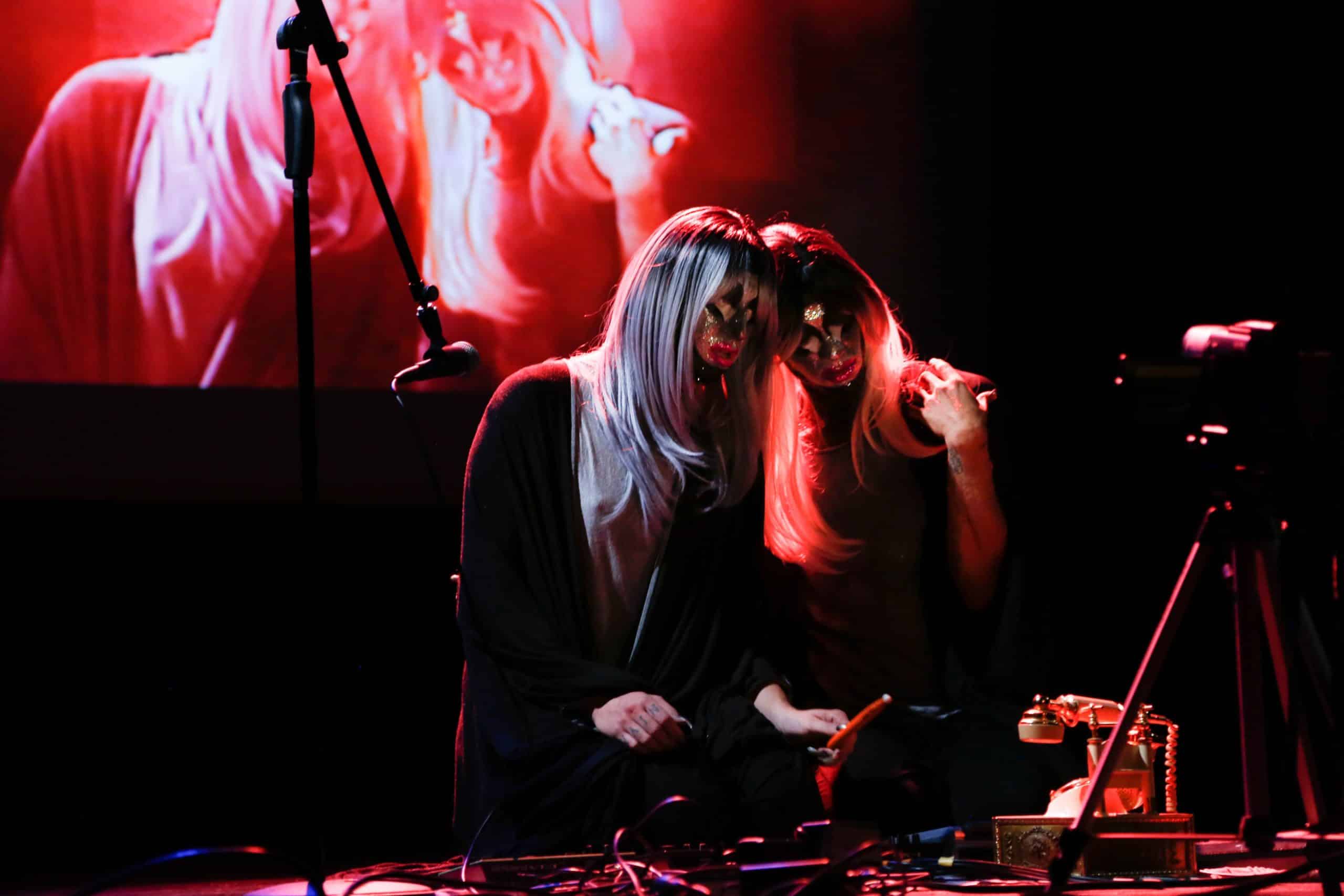 On the first Tuesday of each month, SOMArts Cultural Center presents The News, featuring new, queer work by Bay Area artists. The News is a monthly cabaret evening that spotlights 10-minute or less performance pieces, experiments, and works in progress by pre-selected solo artists, groups, or troupes.

On Tuesday, December 6, The News is guest-hosted by Yves Saint Croissant, and promises a night of interdisciplinary and experimental queer performance by Bay Area artists. This special night is themed Futurism and The Avant-Garde:

“Step into a psychedelic world exploring the sights and sounds of futurism and the avant-garde. Yves Saint Croissant has curated a showcase of some of her favorite Bay Area queer artists who are all weird AF in the coolest way possible and promises to have you roaring in your seats for more!”

Admission is FREE! SOMArts is offering free admission in hopes that if you can afford to donate, you will support the artists onstage when the hat passes.

Contrary to her picture perfect exterior Yves Saint Croissant is a rebel heart who’s always romping around with the punks, queers and club kidz. She’s immersed herself in a culture-making crowd both past and present and is headed straight to the top with them right by her side.

Derrierykah Badu is a New York born-and-bred loaf Afrofuturist drag duchess. You’ve seen her at The Stud, the Edge, SoleSpace, Qulture Collective, Oasis, and all over tumblr, if you’re naughty. She won’t take group selfies, but she is avid about giving private body autographs. Her brother, Gabriel Christian, is also out here hustling, teaching, and performing around the Bay.

Lady Fair Cigarettes r 2 monster witches bleep blooping on some hardware. “Twice the taste in half the time for the gal on the go.”

Persia was born from the burgeoning creative mind of a child in South Central Los Angeles. With degrees from the University of California, Santa Cruz and the San Francisco Art Institute in one hand, and a few pairs of heels in the other, she set out to conquer and revolutionize the drag community. Persia began performing weekly at Esta Noche, the recently closed Latino gay bar in San Francisco. Whilst performing at events around the Bay Area, in Los Angeles, and Mexico—including a few quinceañeras—Persia has also curated art shows, done stand-up, appeared on a few television shows, modeled, and has represented SFMOMA by transforming into Matisse’s “Woman with a hat.”

Pseuda is a performer birthed from San Francisco’s drag scene. They create visceral, climactic, narrative and character driven experiences, informed by cultural tropes and mythos, pop culture, horror and the sublime. Using a mash of these influences, they play with themes of identity, fantasy, technology, gender, sex, death and the resultant emotional impact of their entanglement.

Skin is the glitch in your dreams that makes you question the verity of your perceived reality; it’s the distortion grazing your eardrums on the dim dance floor. The artist is based in San Francisco and creates kaleidoscopic melodies blending elements of noise, house, and nu-disco.