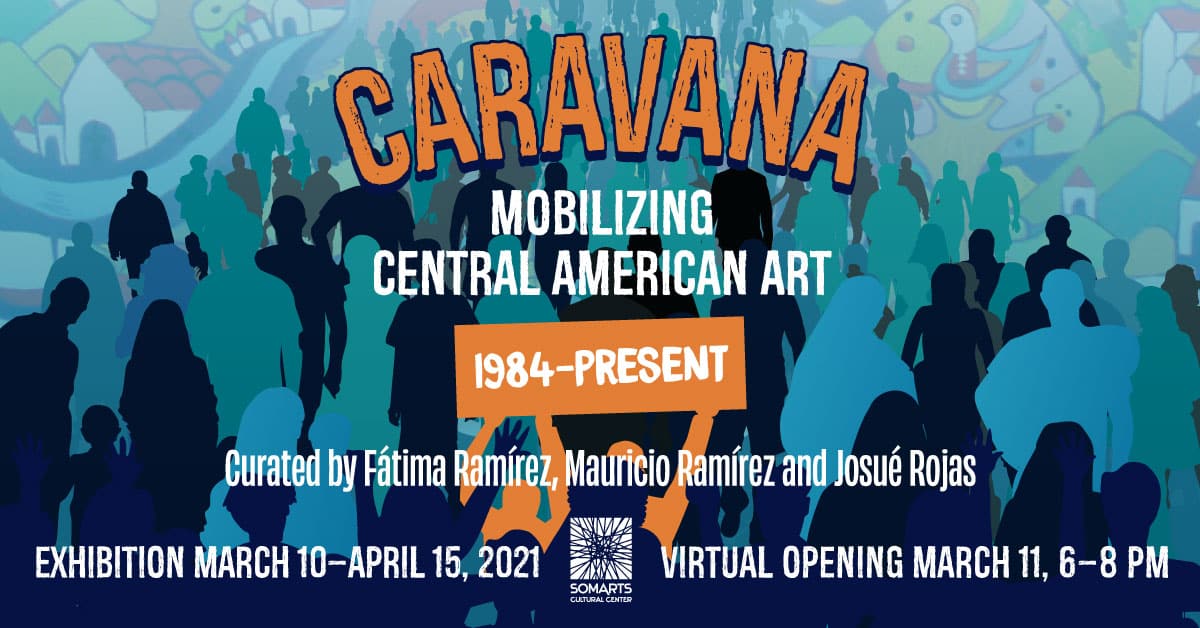 Curated by Fátima Ramírez, Mauricio Ramírez, and Josué Rojas, CARAVANA: Mobilizing Central American Art (1984–Present) is a multidisciplinary traveling exhibition that centers U.S. Central American artists living in California as well as across the United States to examine their lived experiences in relation to the impact of mass migration, family separation, and the legacy of political action and solidarity with the people of Central America.

As Salvadoran curators raised in the U.S. after our parents fled the Civil War, the curators draw inspiration from the 1984 Artist Call Against U.S. Intervention which mobilized thousands of artists across the U.S. to join in the solidarity movement with the people of El Salvador, Guatemala, and Nicaragua. This call led to the creation of the PLACA murals at Balmy Alley and the Sanctuary Movement in San Francisco. This exhibition is a U.S. Central-American artist response to the attack on Central American families, particularly our youth who represent the next generation.

CARAVANA: Mobilizing Central American Art (1984–Present) seeks to humanize and uplift the experiences of recently arrived migrant youth among teenagers and young college students who wish to better understand the context for recent caravanas, or organized groups of migrants. Central American artists on the frontlines, speaking their truths from their perspective and their home base community. The last thing we want is for an entire generation of Central Americans living in the U.S. to internalize the xenophobic messages spread by mainstream media and by recent political administrations, which undermine their creativity, resourcefulness, and determination.