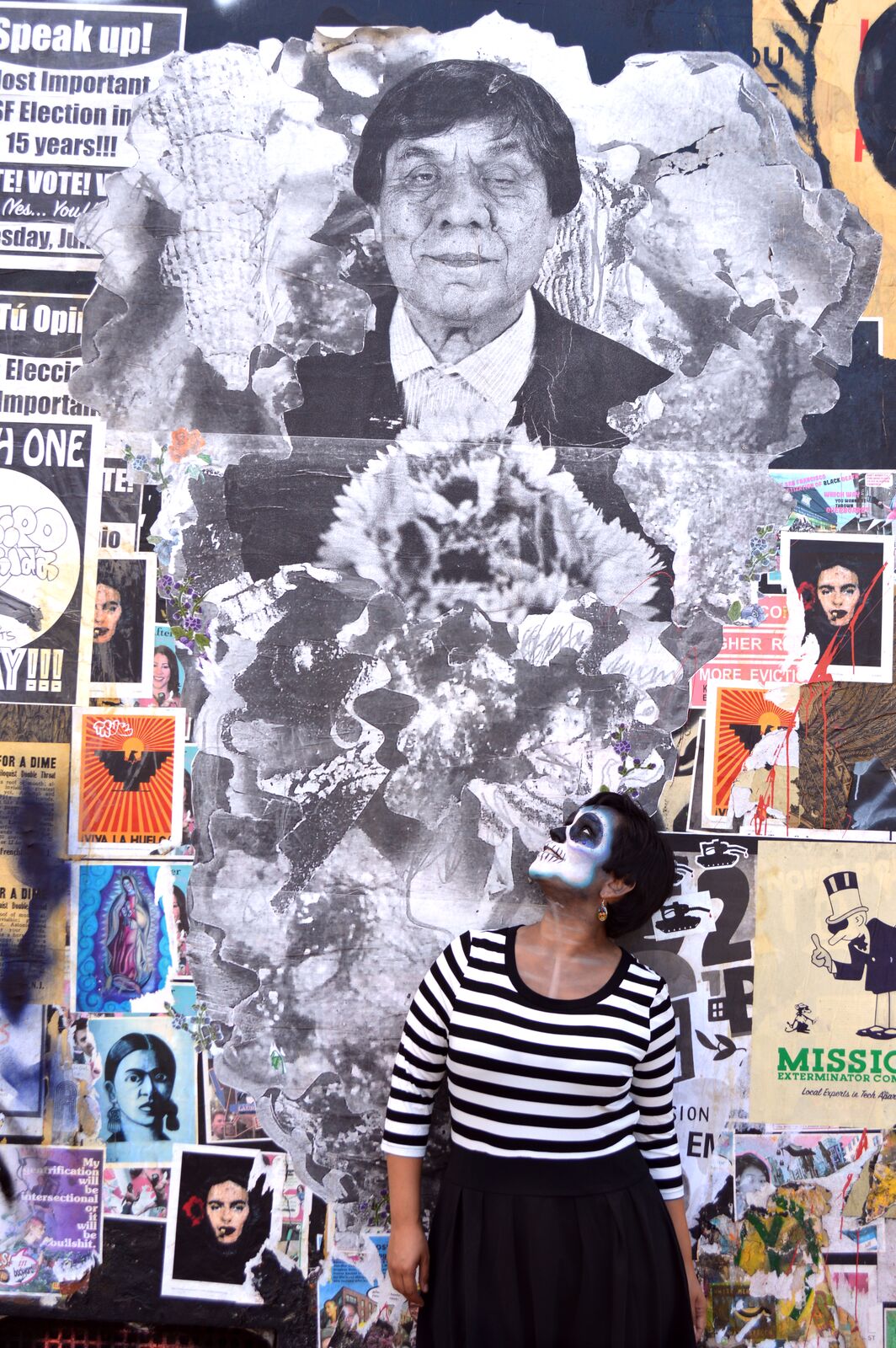 Now in its 19th year, SOMArts’ Día de Los Muertos exhibition is one of the most internationally diverse Day of the Dead celebrations in the United States. Over the years, this group exhibition has brought together a wide variety of perspectives to honor, remember, and celebrate the dead.

Since its inception, Día de Los Muertos at SOMArts has offered a space for collective mourning, healing, and refusing to forget the people and places who have been lost. Merging traditional altars with contemporary installations, Dia de los Muertos continues to be a multigenerational gathering of remembrance while imagining the possibilities of the future. Now more than ever, it is imperative that our creative practices be rooted in social action that inspire better world for generations to come.

Curated by Rio Yañez and Carolina Quintanilla, this year’s theme, Honoring our Ancestors by Fighting for the Future, reflects on how those we’ve lost have shaped our creative and political work.  How does the wisdom and work of the dead show us a path and means to a better future? What about your past must you take to your future?

Honoring our Ancestors by Fighting for the Future is dedicated to the Padrino of the Mission and beloved Dia de los Muertos co–curator, René Yañez. Yañez was crucial in the formation of Chicanx visual aesthetics and as a founding member of Galeria de la Raza, created spaces that centered contemporary Latinx perspectives. Since 1999, Yañez curated the Dia de los Muertos exhibitions at SOMArts Cultural Center and we honor him with this exhibition, celebrating his life, legacy, and impact on generations to come.