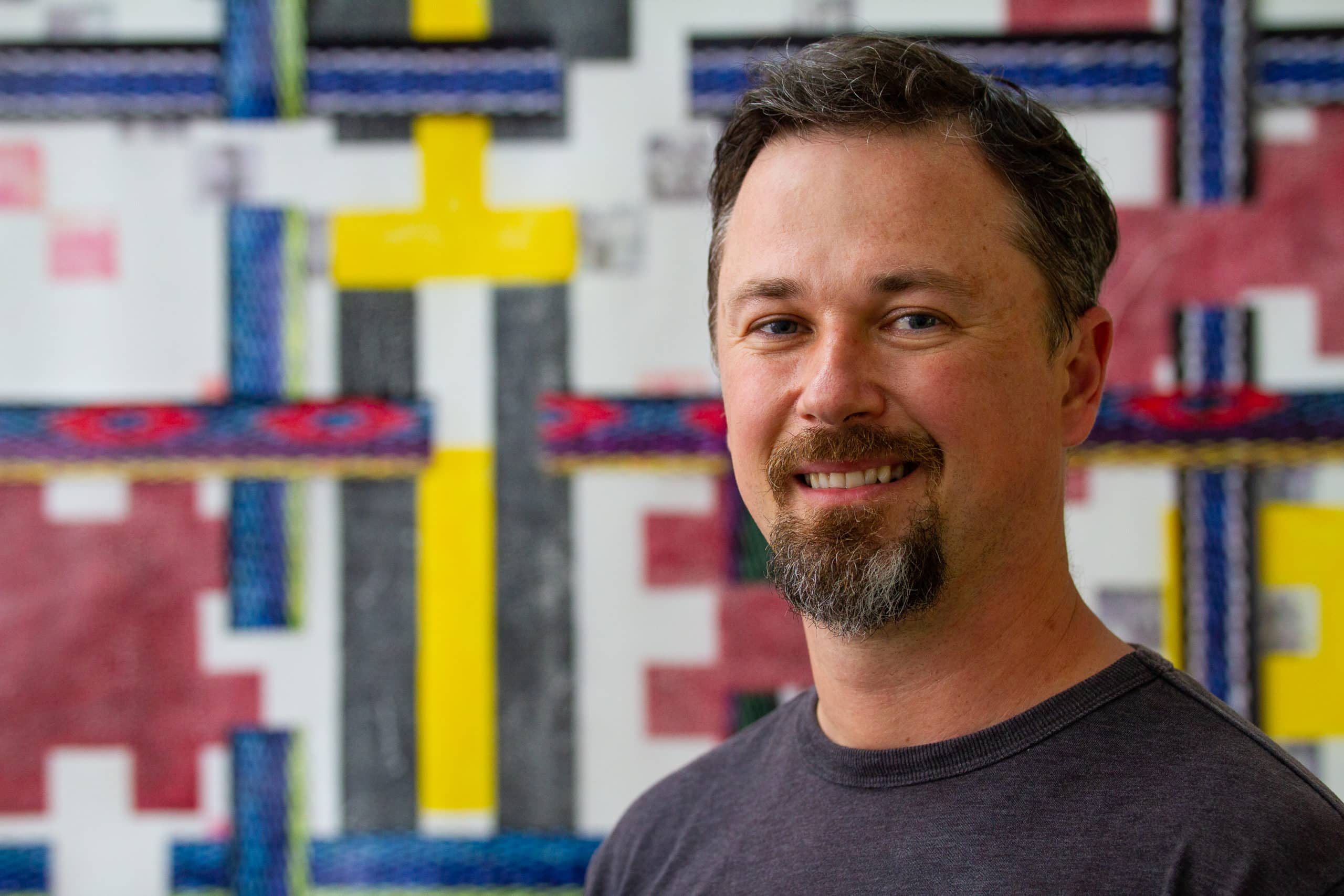 Listen to the artist:

Alexandru Salceanu’s artistic concerns revolve around micro and macro tensions: between power and vulnerability; fear and resilience; cultural identity and the homogeneity of globalism. These themes arise from Salceanu’s childhood in Communist Romania and assimilation into the culture of the United States. Salceanu’s f­­amily lived under surveillance during the regime’s most repressive period. After the revolution, they managed to immigrate to the U.S. where they experienced the complex levels of being “aliens.”

In Salceanu’s graduate work, Salceanu’s explores different facets of immigration through several projects in a variety of media—photography, video, social practice, and mixed media. With these projects, Salceanu’s investigate the quiet characteristics of resilience and dignity present within pervasive cycles of great struggle.

Couture is a mixed-media tapestry that centers on the effects of mass migration and globalization on folklore and identity. It contrasts the uniqueness of a handcrafted object with the mass production of a global “ethnic” style and the appropriation of traditional designs by large fashion houses.

AlieNation is a photographic installation juxtaposing the essence of movement portrayed through time-lapse star trails with laws that operate on a different trajectory, counter to the human reality of migration. It examines the parallels between the nativism of the early twentieth century and its current iteration. The installation is paired with audio testimonies of the “alien” experience.

Witness is a collaborative video project and a form of social practice. The participants tell their own stories, in their own language, and hear the power of their recorded testimonies. Through a partnered approach in editing, they have agency over their portrayal. This project, to be presented online, links stories and makes them accessible to a global audience. This is a durational project with the hope that it will eventually take a life of its own.